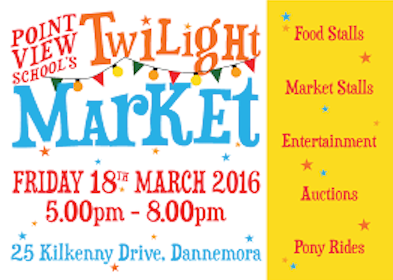 Come to the Twilight Market - Rain or shine!
No comments:

They did it! Massive congratulations to the All Blacks


Remember this...
We made this video for a Backing Black competition during the 2011 Rugby World Cup and came second.
I can't believe these munchkins are now in Year 5!
No comments: 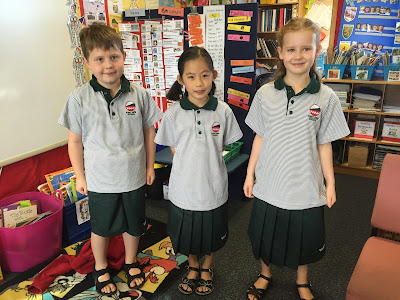 Liam, Crystal and Madison are wearing our new
Point View School Uniform.
What do you think of our new look?
No comments: 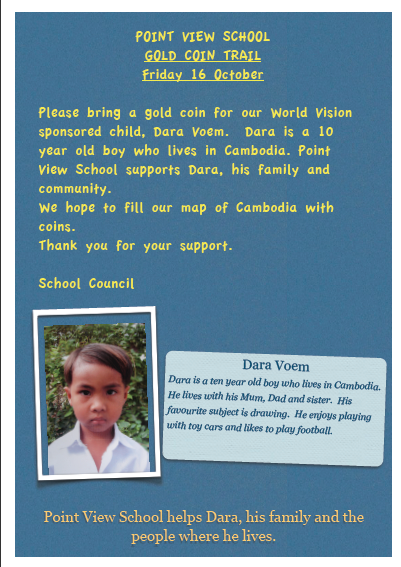 Check out our entry in New World's "The Little Kitchen" video competition.
We're sharing our learning about the three states of matter
Why don't you share with us what you have learnt.
No comments: 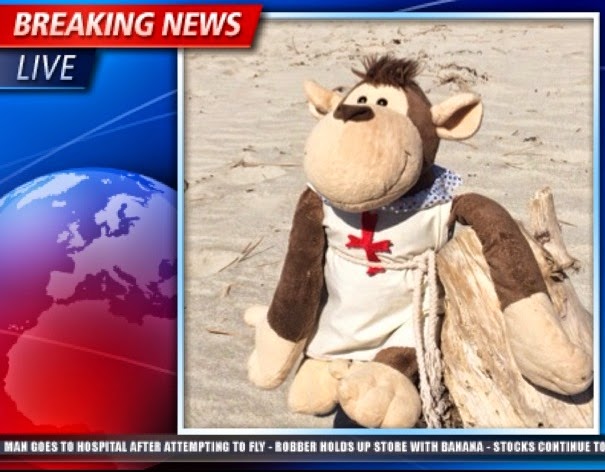 Charlie (Sir Charles) is the Knights of Room 14's class mascot.
The boys are really enjoying having Charlie around. He does everything that they do!

Last year Marvin the Monkey, from Miss Revell's e-Kids class, visited Room 14 for three weeks. Marvin travelled to Point View School all the way from Hawkes Bay. The children fell in love with him and were extremely sad when he had to go home. Room 14 tried to attach themselves to several different mascots but they just weren't the same as having Marvin around.
So Mrs Laburn hunted around and found Charlie.
Charlie is a knight and is a valued member of the boy's class.
We hope Miss Revell doesn't mind us copying Marvin. 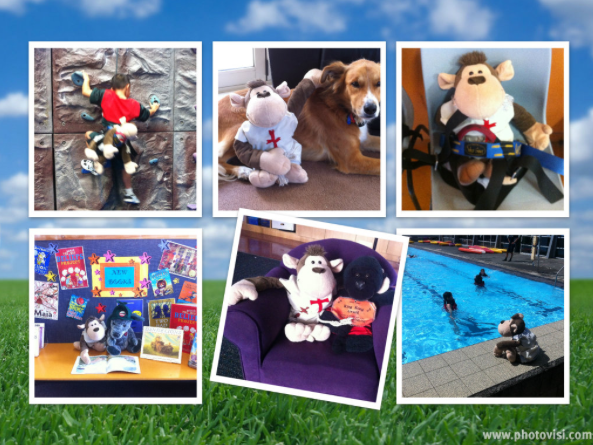 Here's a small snapshot of Charlie so far…..

Keep coming back to see more of his adventures! 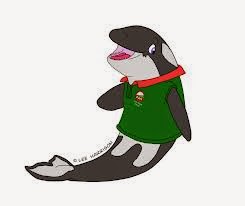 Last Friday Point View School held it's bi annual Orca Mufti Day.
All money raised went to the
Orca Research Trust.
What a fun day - so many orca costumes, orca researchers and even oceans! Those of us that didn't have a costume dressed in black and white.
http://www.orcaresearch.org

Check out the video of an orca rescue. 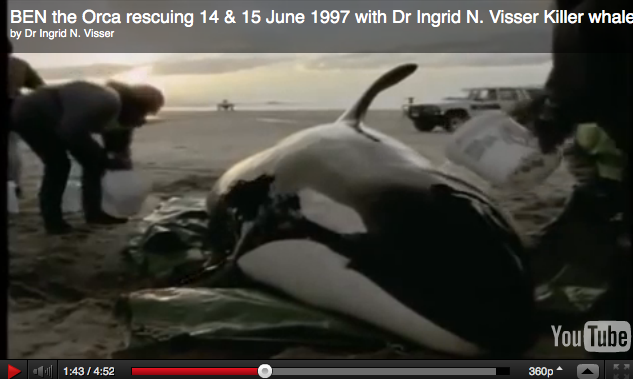 This is Thomas is his orcasome costume his mum made for him. 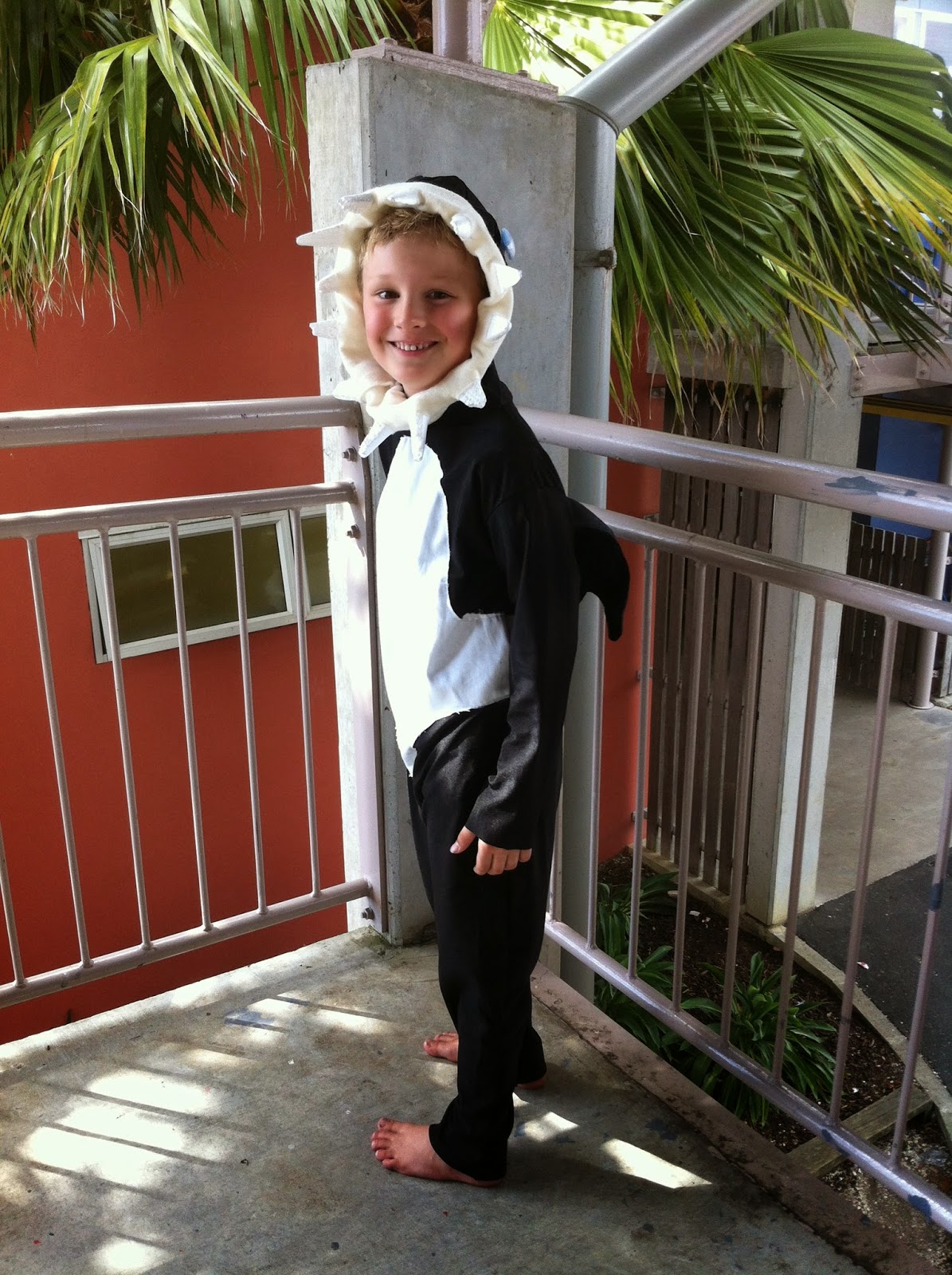 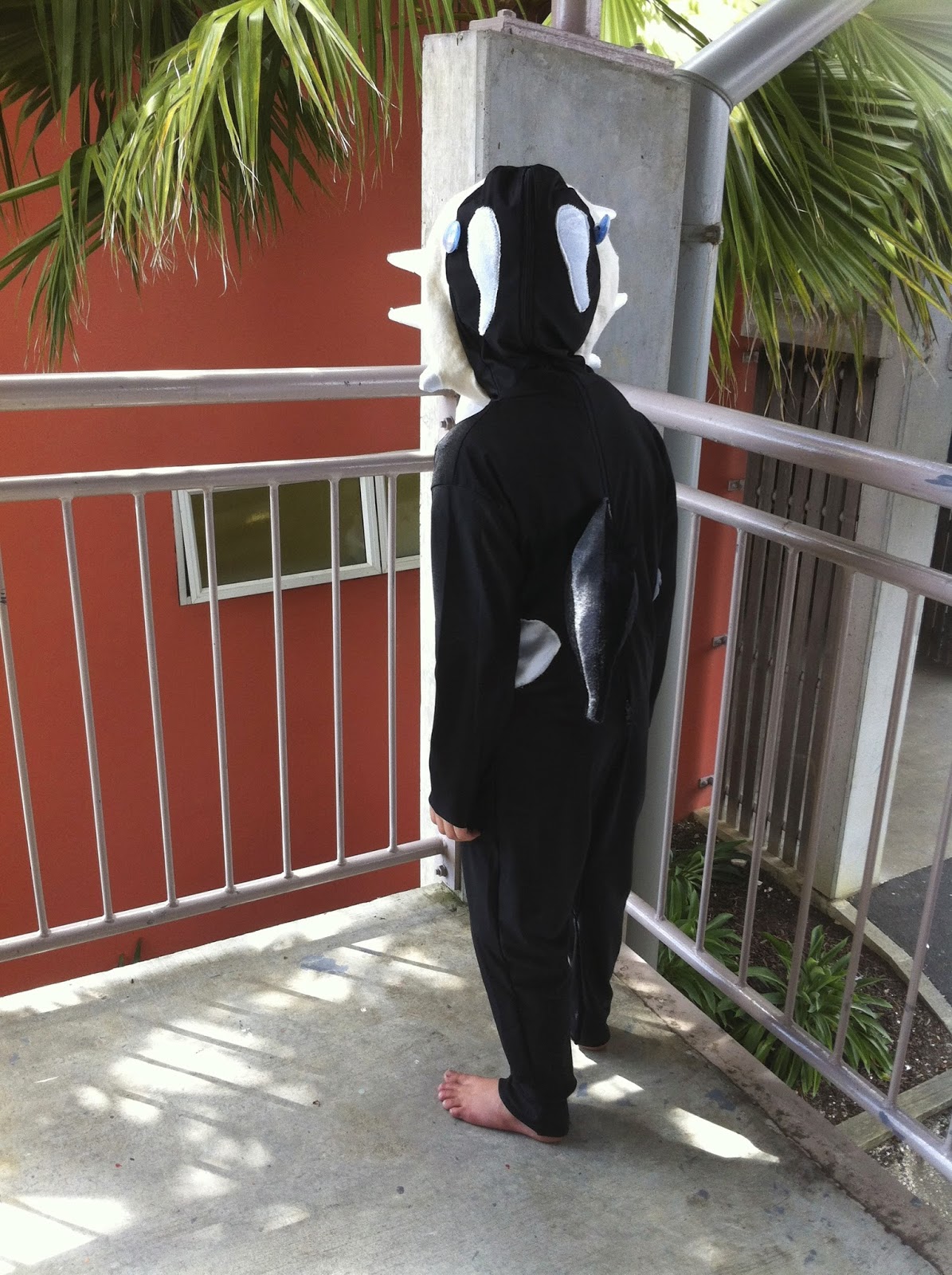 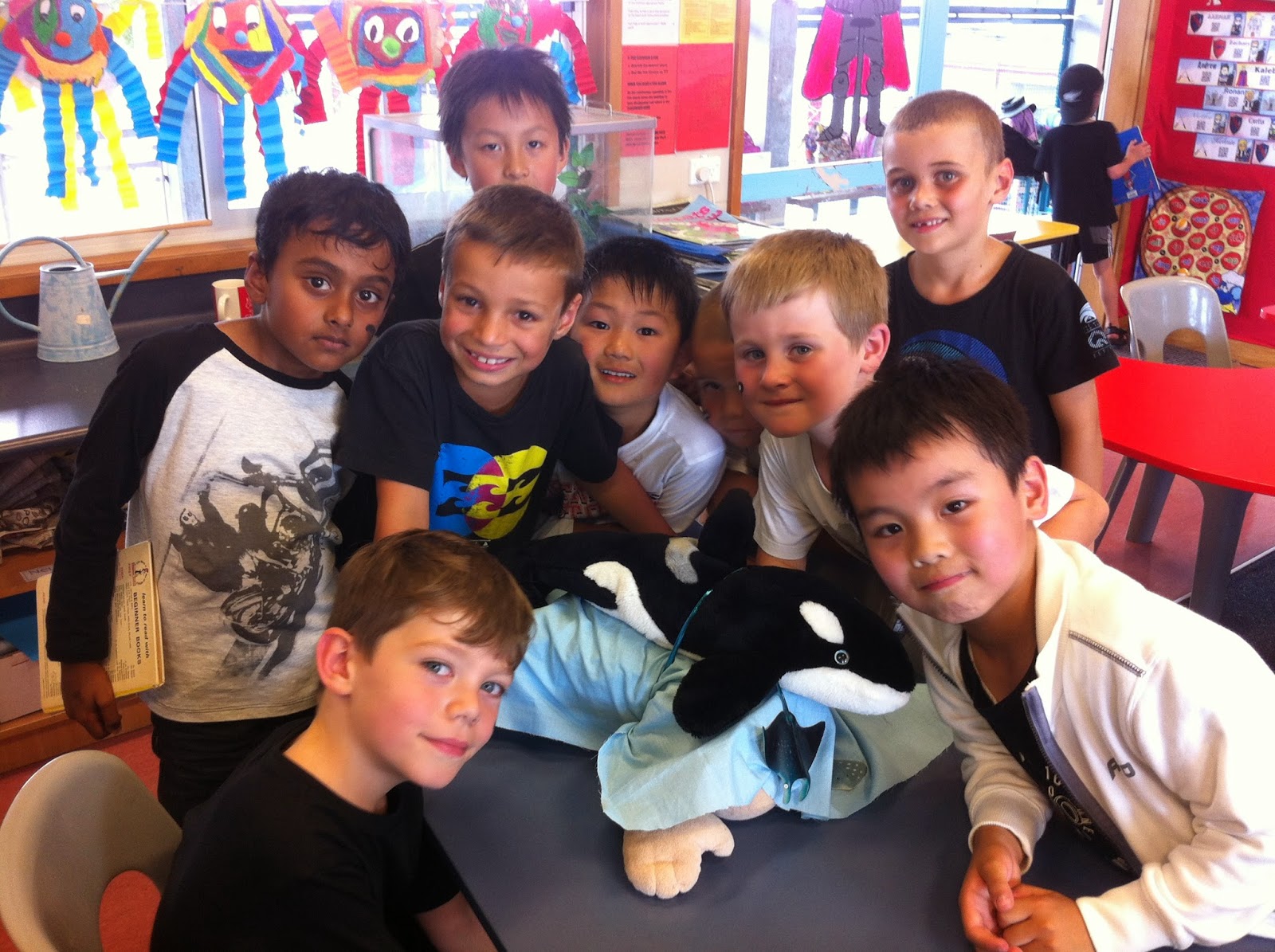 And here's another costume! I wonder who dressed up as the ocean with an orca swimming by trying to catch some stingray? Can you see any clues as to who it is?

Yes it's Charlie! He loves joining in on all the fun! 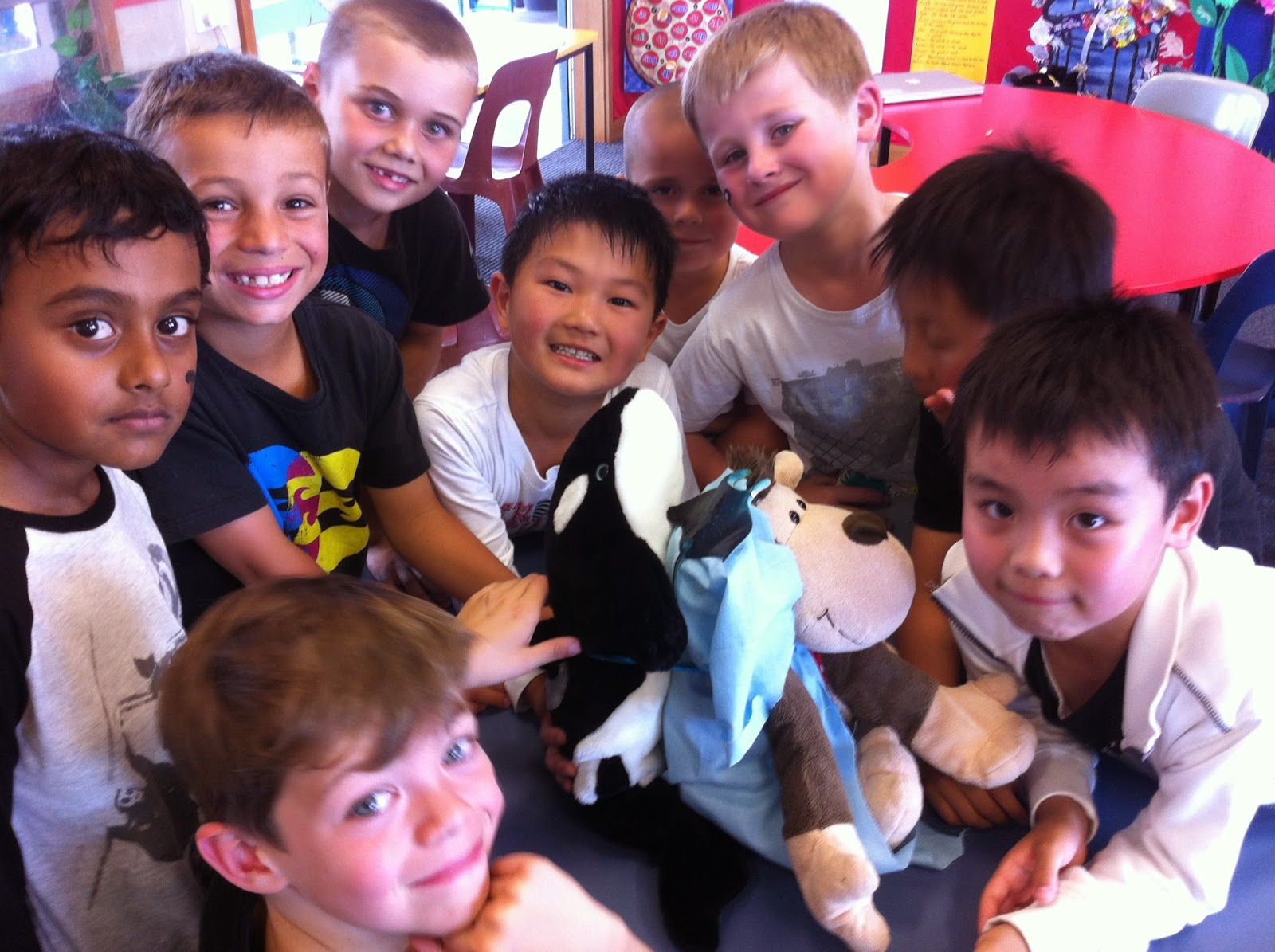 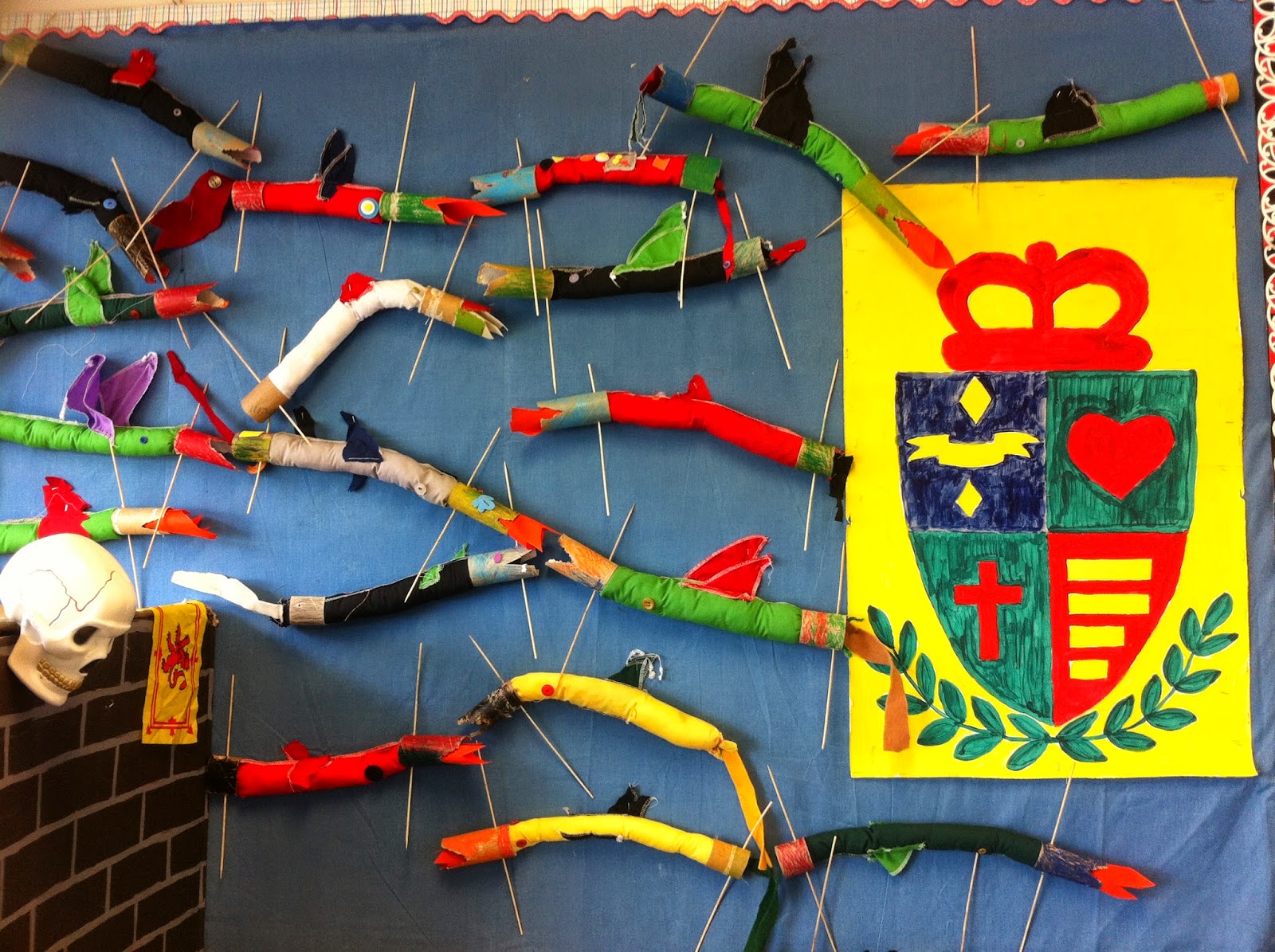 On the day of technology I screamed to my mum, “It’s technology day!”
It was exciting, Mr Rankin took us to technology to learn how to sew. We needed lots of things. We needed to get a needle, a piece of paper, some buttons, scissors, an iron and material. Next we ripped the material in half. We used more material to cut some wings out and we used some triangles. Then we used some web glue to glue it with an iron.
It was the most greatest thing I ever saw!

WOW! I said to myself, it’s technology day. So off I went to school.
At technology day we were learning to sew. Did you know what? We got to iron! I thought to myself that sewing would be hard but it was easy when I started doing it.
We ripped the material and cut out the wings. Then we put glue on the wings and then ironed it on and then they stayed up. Next we sewed on the buttons and then we sewed on the tail and put the toilet rolls on.
I had a great day especially as I have never ironed before.

In the morning I busted out of bed and rushed out of my house because I was excited! I never knew how to sew a dragon and today was the day we were making dragons.
In the morning in class I was waiting so hard that I couldn’t wait for the roll! Well, finally Mr Rankin came! So Room 14 walked down to Mr Rankin’s car because he had some material waiting in the boot.
First we got some material it was a little hard for me to rip but I did it!. After that we ripped two wings out and it was still a little hard. After that we glued the wings on, well it wasn’t ordinary glue, it was web glue! We had to iron it so that it stuck better. After that we sewed the wings. I kept getting it wrong but I still had fun. Later on Kelvin’s grandma did all the sewing for me because I was stuck. Then I went to the overlocker and Mr Rankin made a big hole so then we could put more chopped up teacher in faster. Next we got two toilet rolls - one for the mouth and one for the bum. Finally we coloured the toilet rolls.
I had the most exciting day because I never knew how to sew. The sewing was really hard to sew. 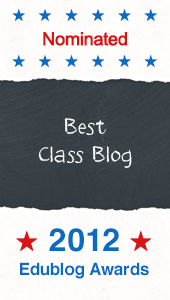 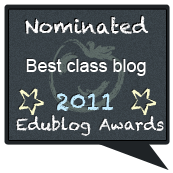 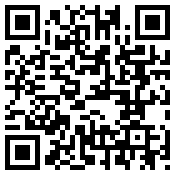 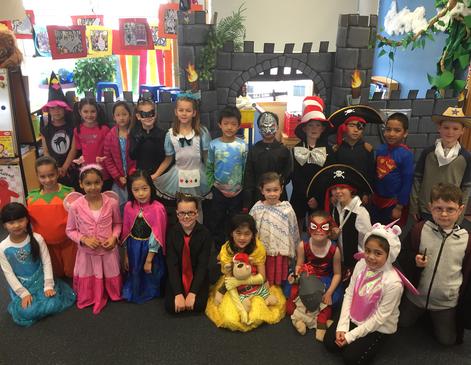 Kids with a view
Dannemora, Auckland, New Zealand
We are a Year 3 class at Point View School. There are 25 children in our classroom. We hope you have as much fun navigating your way around our blog as we do. Mrs Laburn updates our blog regularly because we love to share our learning and news. Please, please, please leave us comments as we love to read your feedback. Come back soon!! Feel free to contact me at l.laburn@pointview.school.nz 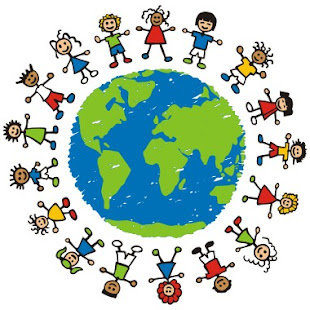 Blogging connects us with the world

These are our unique individual blogs. Individual blogging provides students with an engaging and interacting learning experience. We would love to receive your comments.

Check out our cool Wiki

Kids with a View 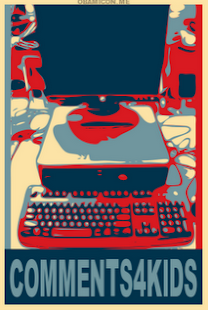